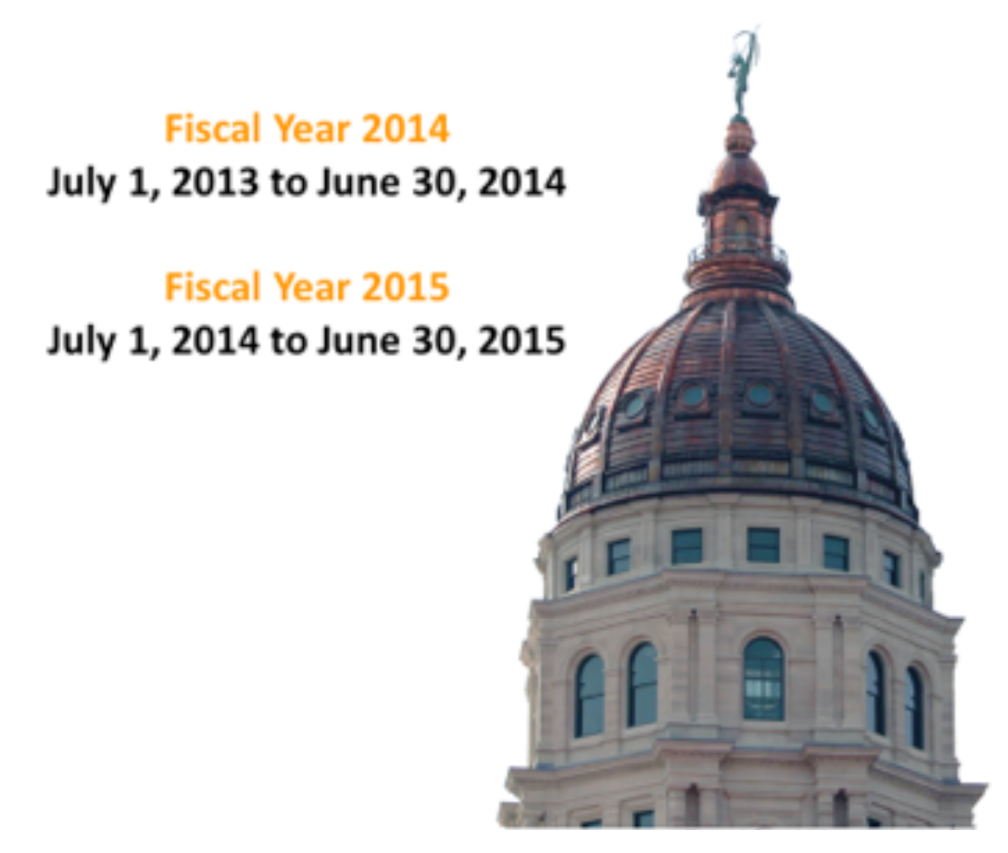 The Kansas budget is made up of several large components. The largest is the State General Fund (SGF), the fund that receives most state tax dollars, and the fund over which lawmakers have the most discretion. The Highway Fund pays for road construction and maintenance with fuel tax revenue, federal highway dollars and fees. Higher Education System Funds come from tuition, fees and federal dollars, and are spent on postsecondary education in addition to money from the SGF. Federal Medicaid funding matches Medicaid spending from the SGF. The All Other Funds portion comprises hundreds of smaller funds, each for a special purpose. 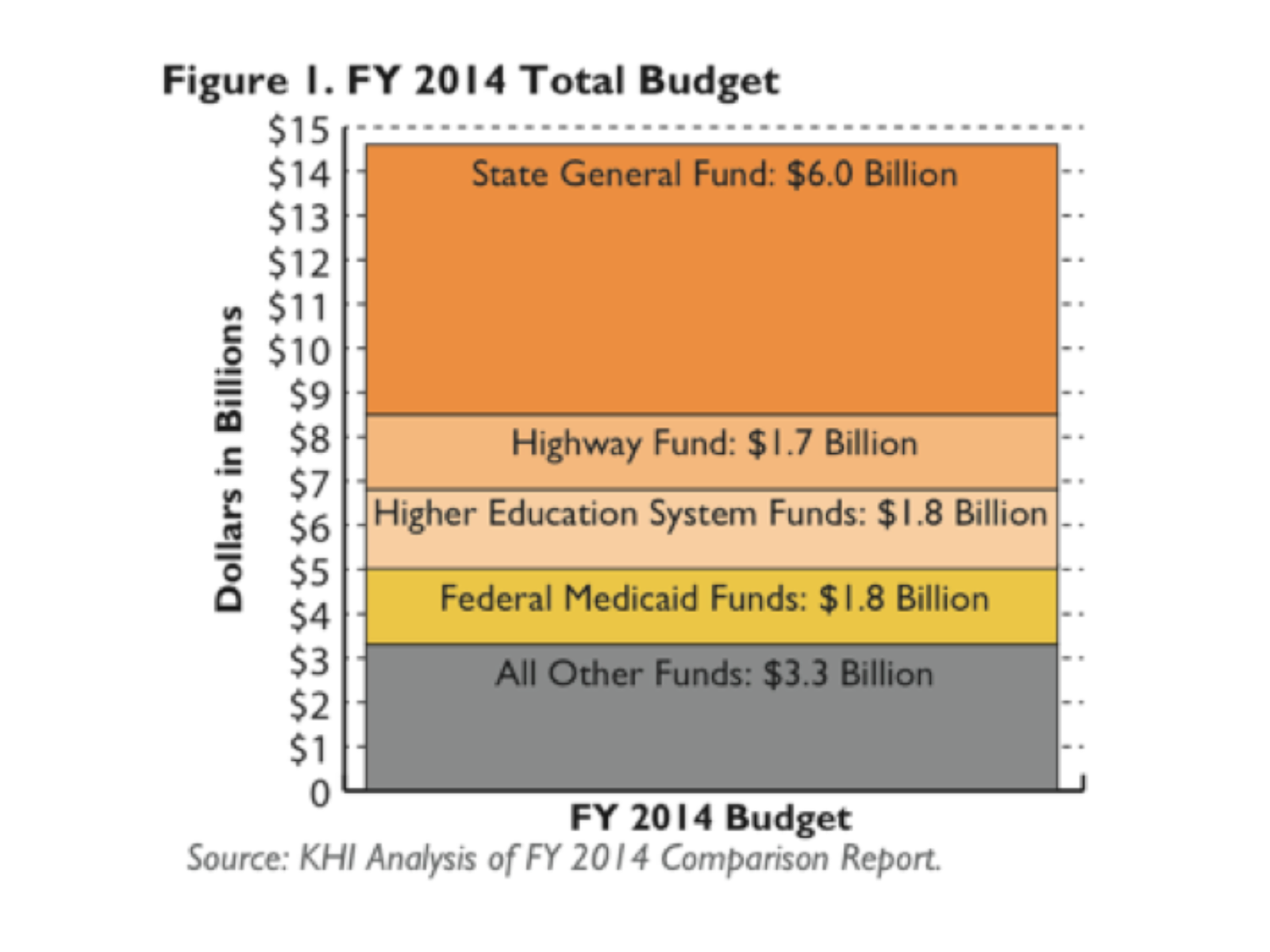 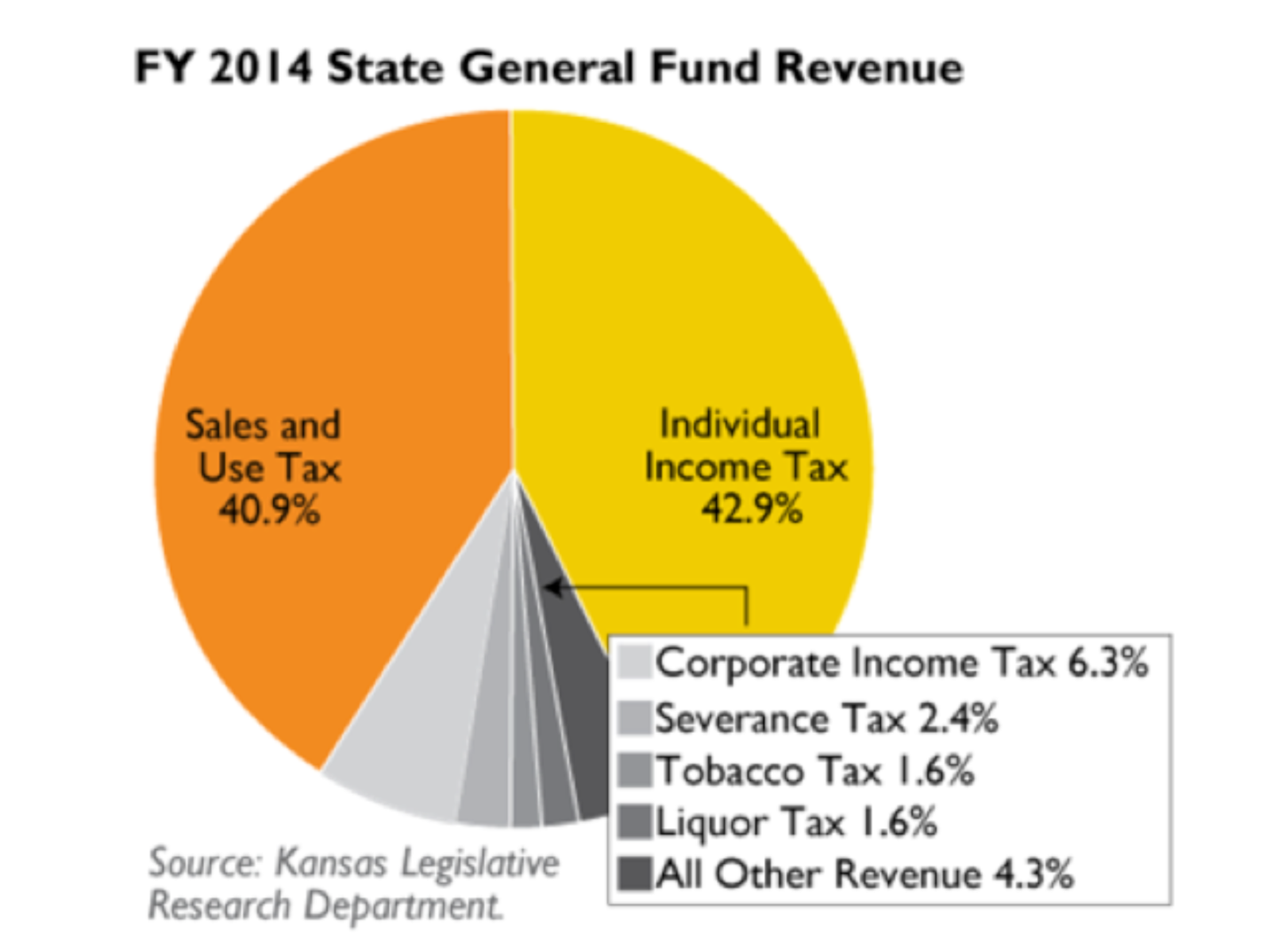 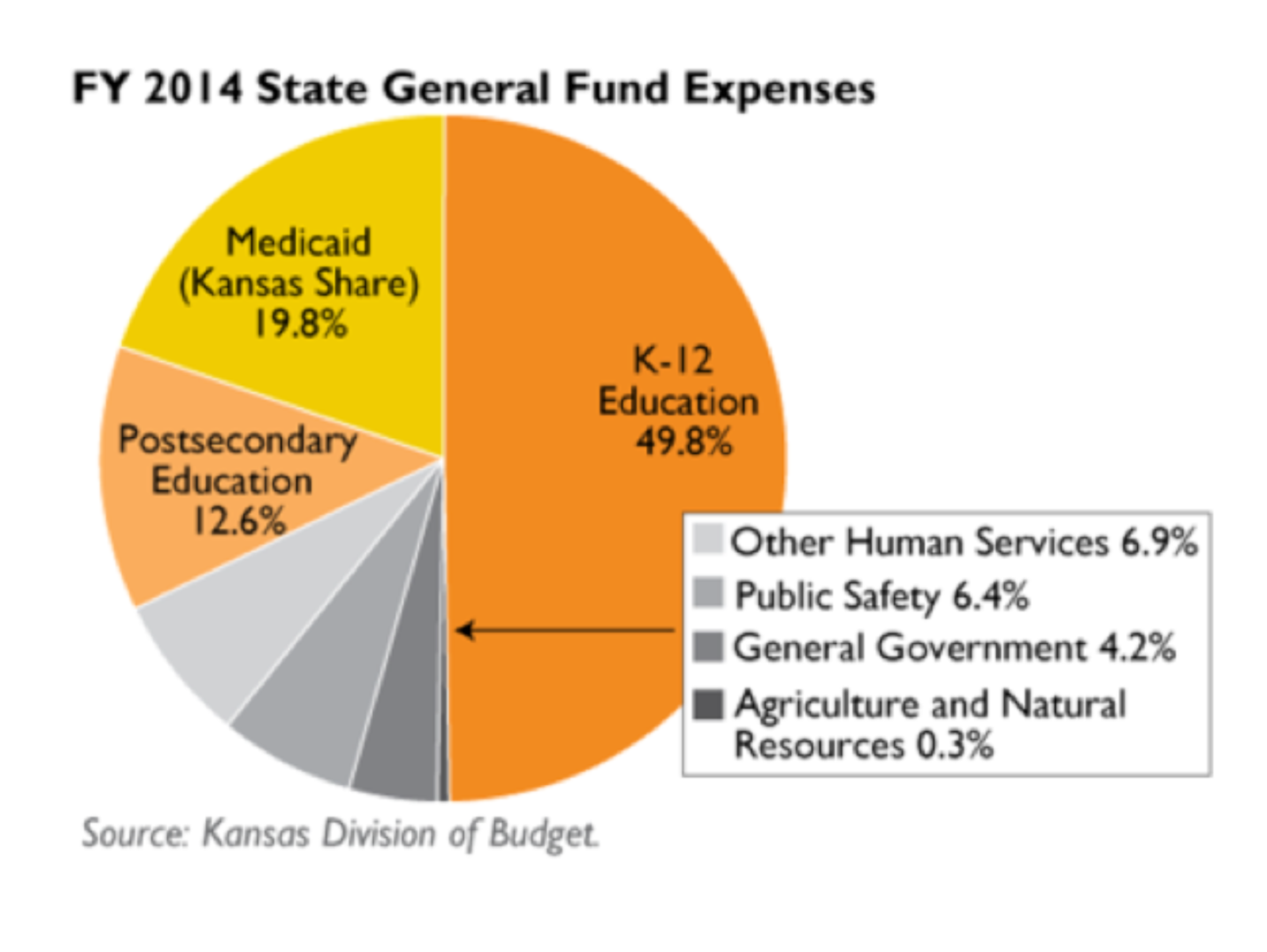 In building a budget for the State General Fund, revenues and expenditures must match up or balance. In a given fiscal year it may be possible for spending to be greater than receipts, if a balance has carried over from the prior fiscal year. However, spending cannot exceed the combination of the available balance plus receipts. The state may issue bonds to fund capital projects such as highways or buildings, but the state cannot issue bonds to fund annual operating costs, or to make up an imbalance between receipts and expenditures. 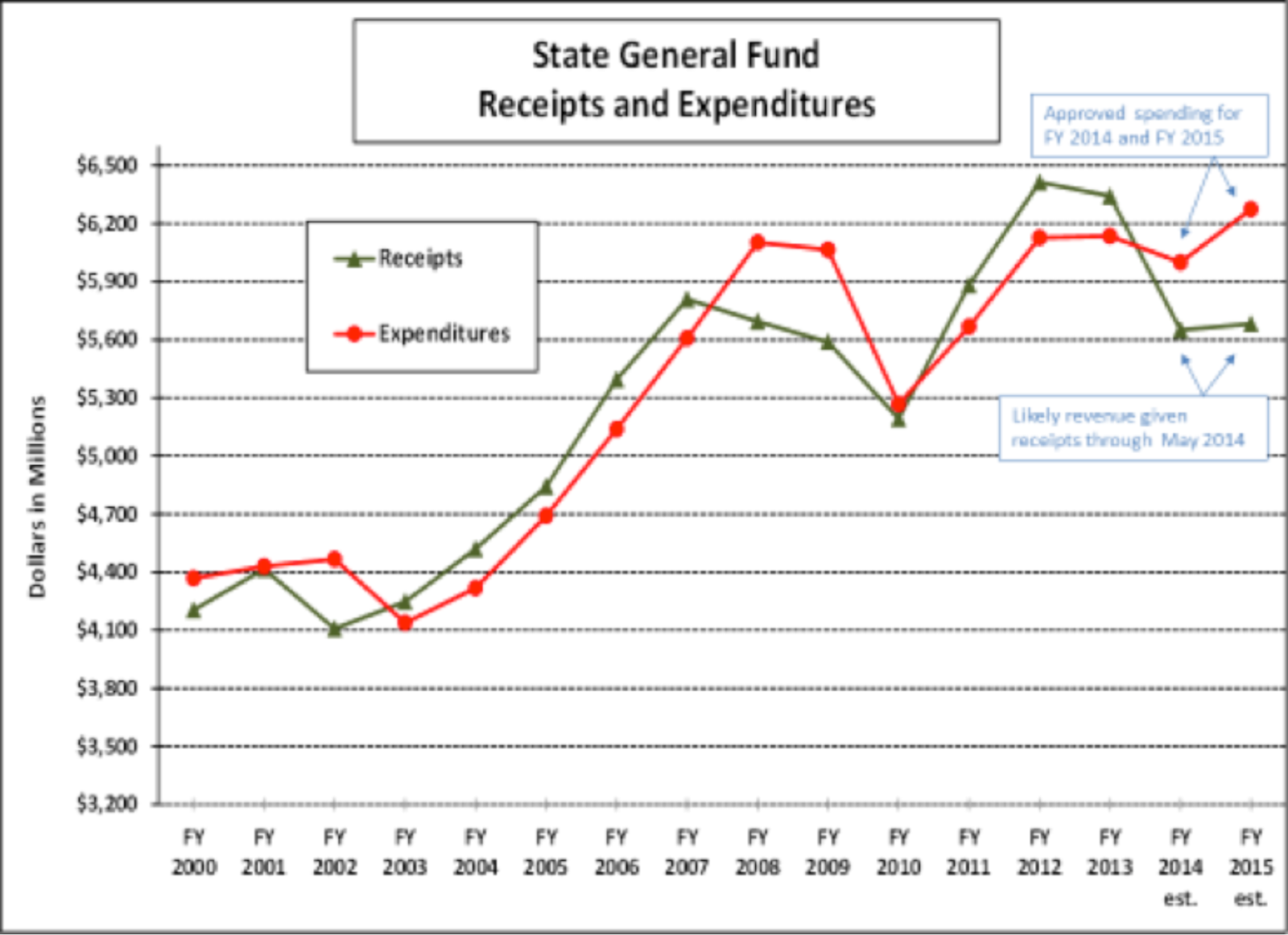 In FY 2008, Kansas entered a period of recession, and for three years in a row, receipts to the State General Fund were lower than the year before. The state entered that period with a large balance in the State General Fund which allowed spending to exceed receipts in FY 2008 and in FY 2009. However, by FY 2010 the balance was depleted, and with receipts continuing to decline, the state was forced to make very significant expenditure cuts.

Receipts began increasing again during FY 2011 on the strength of a recovering economy and collections from a temporary one-cent sales tax increase.  In FY 2013 receipts again began to decline and then in FY 2014 dropped very sharply as a result of dramatic changes to tax policy. 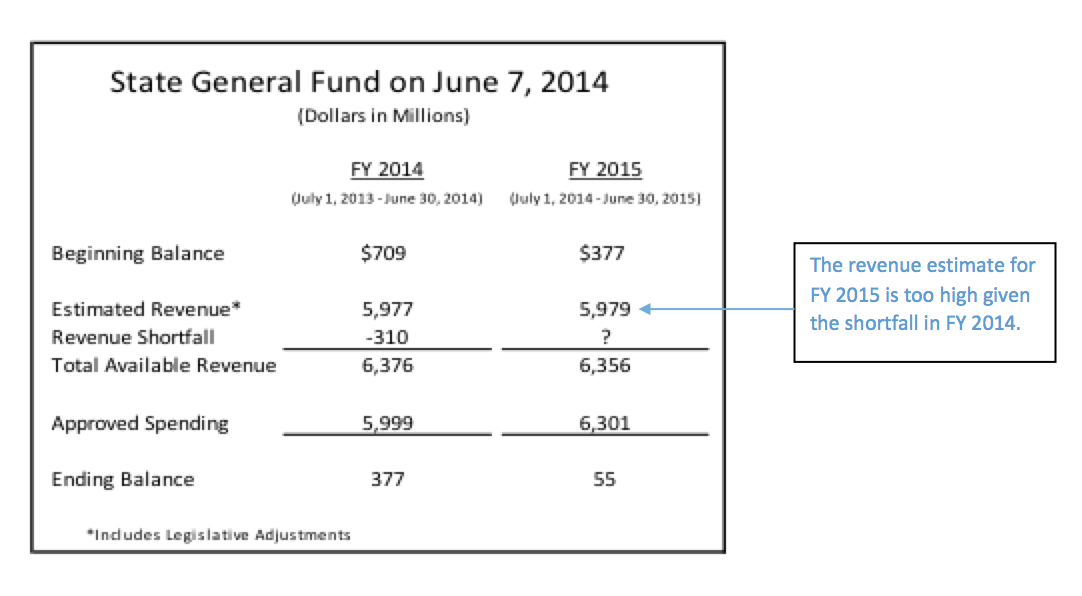 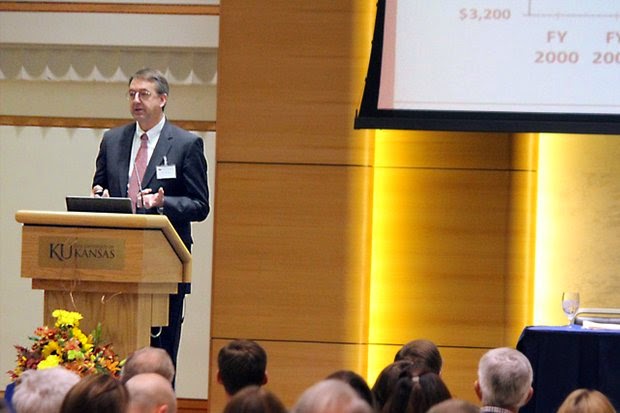 Posted by The Kansas Budget at 3:43 PM