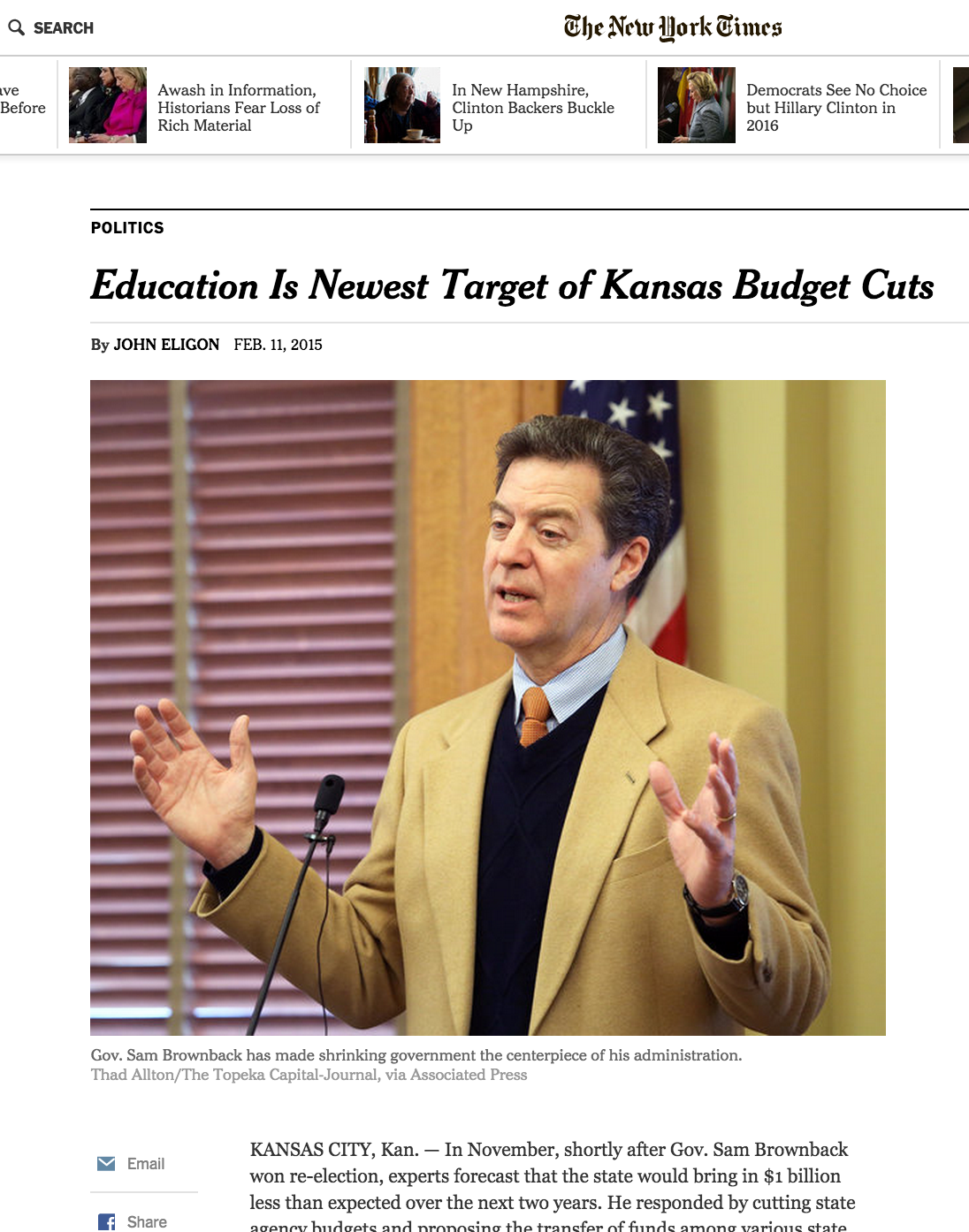 February general fund revenue in Kansas was $22 million ahead of “expectations.” But it was $19 million below the amount collected in February 2014.

How can that be?  After all, the official revenue forecast predicts that general fund revenue will grow in FY 2015, not fall back.

Maybe the “expectations” need some examination.  To do so, look closely at individual income tax receipts.

In FY 2014, individual income tax collections fell $713 million from the year before.  Then, all through the election season, Kansas lived with a revenue estimate, made last April, which predicted income tax revenue would rise back up in FY 2015 by $307 million.  When the consensus revenue estimators met in November to update the FY 2015 estimate, they admitted the April forecast had been far too high.  Their revised FY 2015 forecast now projects FY 2015 income tax receipts to grow $62 million.

So far, though, individual income tax receipts have not grown.  Rather, they have fallen $114 million behind last year’s pace. 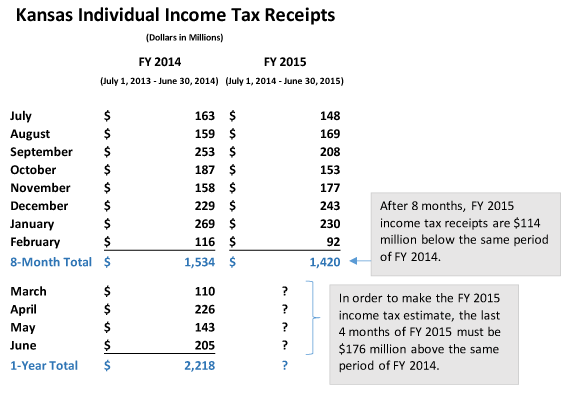 It sounds illogical, but the Department of Revenue was “expecting” individual income tax receipts in February to be $51 million below February 2014.  However, actual collections this February only fell $24 million under last year, so February income tax was determined to be $27 million above “expectations.”

Does that mean Kansas revenue is back on track? Not at all. Income tax revenue in the months of February and March can easily vary many millions of dollars up or down, depending on how quickly income tax refunds are paid out. A fast pace of refunds makes revenue look lower, a slow pace makes revenue temporarily seem better. Last year the state paid out $140 million in refunds during February.  Slowing the refund pace by just a few days can make a big difference.

Here’s the bottom line that everyone should remember:  If FY 2015 revenue actually does grow enough to equal the current revenue estimate, then the FY 2016 budget hole is only — yes only — $650 million ($1.1 billion if the ending balance law is followed).  If revenue does not meet projections, the budget gap is that much bigger.

Kansas has a budget crisis brought on by the dramatic drop in revenue caused by the 2012 tax cuts. Meeting the FY 2015 revenue “expectations” does not even come close to solving the crisis. Without a substantial amount of new revenue, state programs will suffer far more than they already have.


— This entry first appeared on RealProsperityKS.org on March 5.
Posted by The Kansas Budget at 9:42 PM