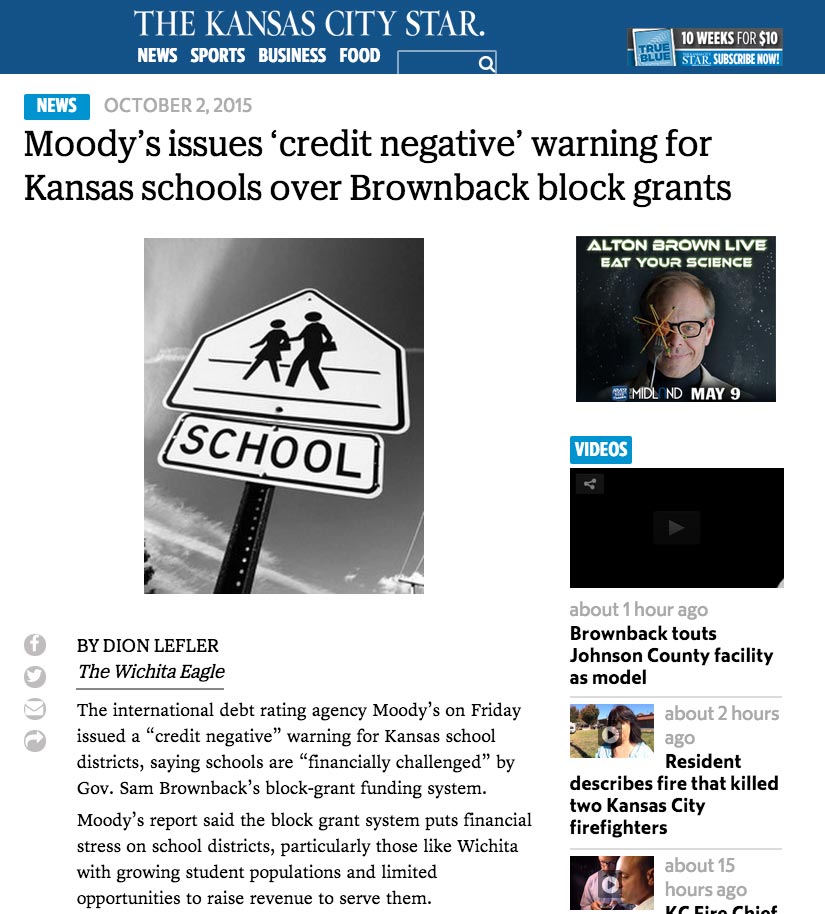 An important accounting of this trend can be found in the table “Major Categories of State Aid for K-12 Education in Kansas” in the FY 2016 Comparison Report (page 60). The table contains the governor’s numbers, reported by his Kansas Division of the Budget. The budget office uses FY 2011 as the comparison point to the current fiscal year, but if the FY 2016 numbers were compared to FY 2009, the trend would actually be even starker.

The chart below, reprinted from the previous blog post on this topic, summarizes the numbers from the Comparison Report table. 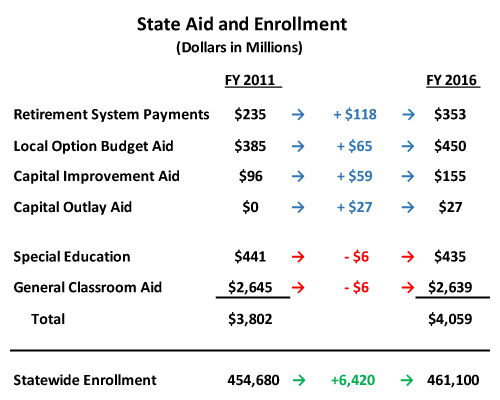 School block grants are a direct result of the state’s financial crisis. With revenue dropping as a consequence of unaffordable tax cuts, the switch to block grants provided a way to shut off increases for schools. Yes, as the chart shows, the amount for KPERS, capital improvement aid (buildings), capital outlay aid, and local option budget aid (mostly property tax relief) has grown. But the remaining state aid — the money that is used for classrooms — has declined.

If Kansas lawmakers want more money to go to classrooms, they should put more money there. The current block grant setup does not accomplish that.


— This entry was originally posted on the Kansas Center for Economic Growth website.
Posted by The Kansas Budget at 7:06 PM