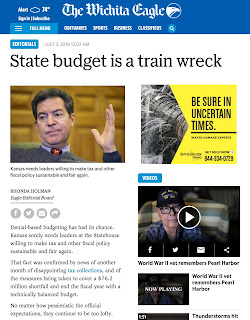 The income tax cuts of 2012 that continue to wreak havoc on the Kansas budget did not actually yield a reduction in taxes for many Kansans. Lawmakers raised other taxes and fees to partially offset the loss of income tax revenue. The net result: Wealthy Kansans still benefitted, but the overall tax burden for a wide range of working Kansans went up.

The newest shift cropped up at the end of the legislative session. As a result of income tax cuts, Kansas cannot afford enough highway patrol troopers, so legislators passed a bill to raise vehicle registration fees to cover the cost of hiring more.

But that’s a small example of the shift in progress. The following list shows the more consequential changes implemented in the attempt to compensate for income tax cuts:
The chart below estimates the average net effect of all the tax changes. (The figures come from the Institute for Taxation and Economic Policy, which has the best model for measuring these types of changes in any state.) 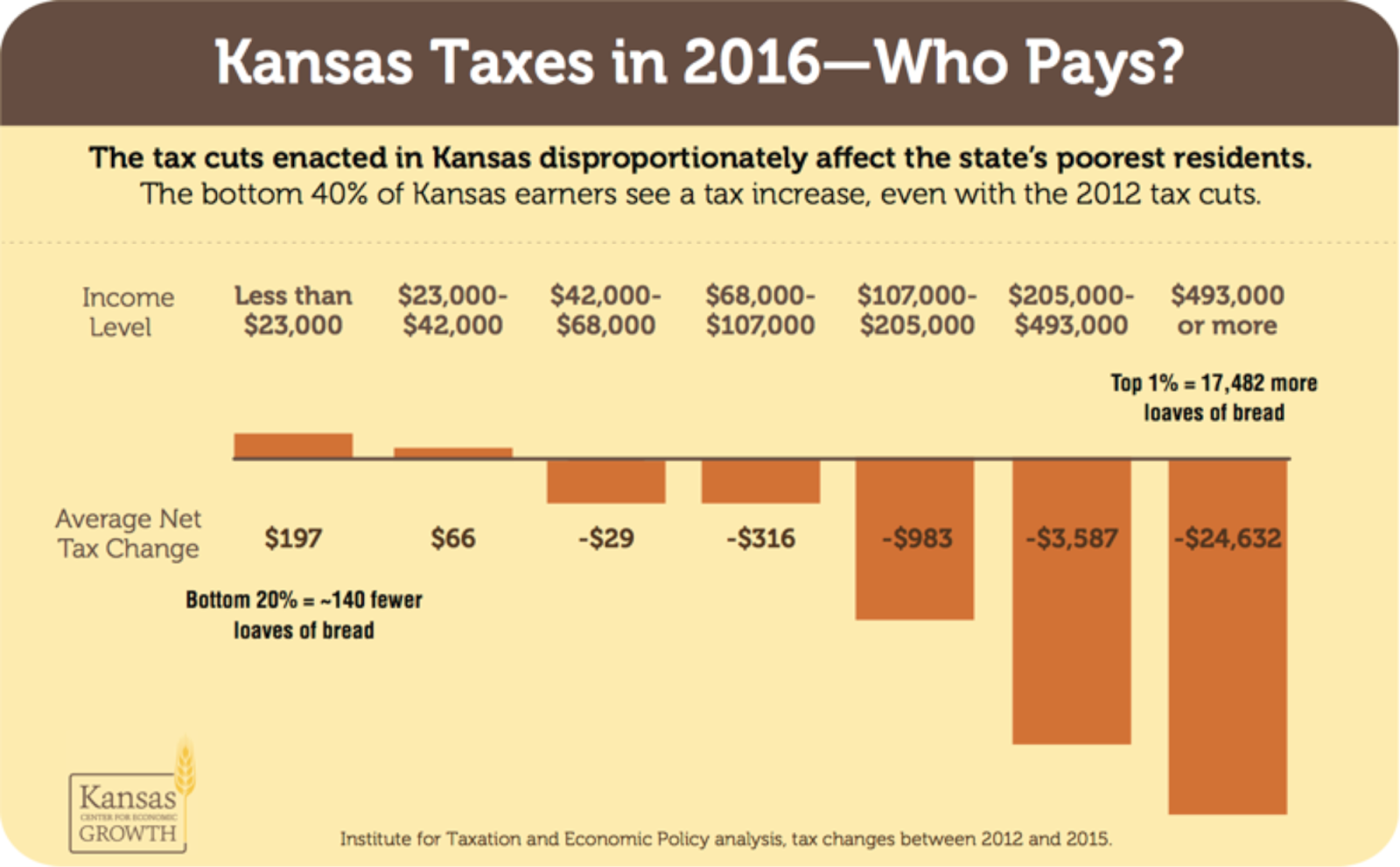 Kansans with the lowest income have seen their tax burden go up. For middle-income Kansans, it’s been about a wash. Upper-income Kansans, especially those earning more than $500,000 annually, have come out well.

Of course, a sales tax hike takes a far bigger bite out of a small income than a large one. Lower- income Kansans spend a much higher proportion of their resources on food and other items subject to sales tax than wealthy Kansans do. Many states exempt food purchases from sales tax, or at least apply a lower rate. Not Kansas. We now have the highest sales tax rate on food in the nation.

The chart does not even count other kinds of shifts taking place. Property taxes push up as schools and local governments try to react to dwindling state resources. Tuition rises at universities when the state withdraws support. Future taxpayers get saddled with debt because the state borrows to pay for retirement system costs, and borrows through the highway fund to shore up the general fund.

However, even with all this shifting, Kansas remains broke. The hole created by the income tax cuts has been so significant that shifts to other tax sources have not come close to stabilizing the state’s finances.

Income tax cuts benefitted the wealthiest Kansans, but without any obligation to create a job or even spend their tax savings in Kansas. In return, the state received financial turmoil. Many Kansans now pay more to fund state government at the same time that school class sizes go up, and highway maintenance gets put aside.

If you are a Kansan and do not feel like you’ve had a tax cut, that’s because you probably did not get one.


—This post originally appeared on the Kansas Center for Economic Growth website.
Posted by The Kansas Budget at 6:52 AM